"Eric Hipple was very human, he was honest, forthright, and very personal.  He shared his human faults and his sadness and joy.  Eric made you feel like he was your friend, and not a paid speaker.  He was inviting and welcoming, and the audience felt compassion from him and for him as he used humor to make you truly think about yourself." 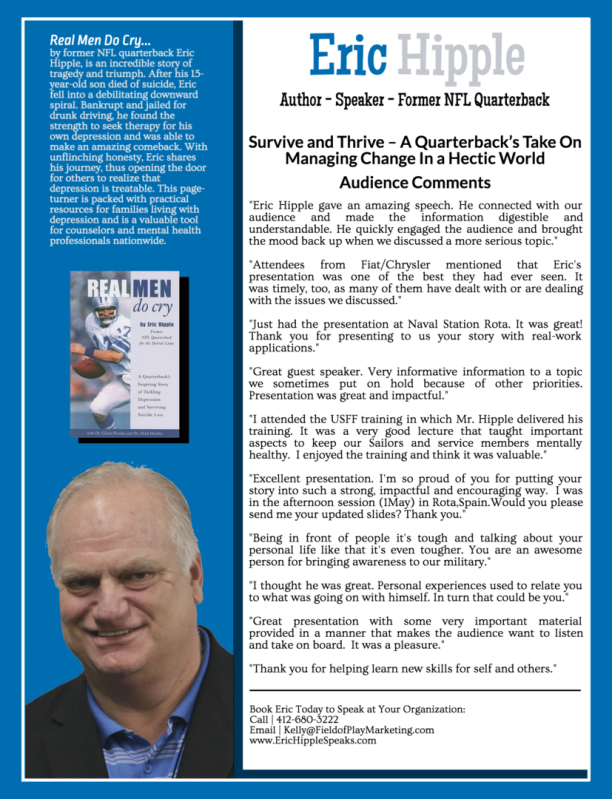 Listen to Eric and Tarah Hipple discuss their journey through recovery after the suicide of Jeff Hipple, son and brother of Eric and Tarah.   http://www.possibilitycoaches.net/downloads/10-14-14.mp3

Eric Hipple opens up about how suicide has impacted his life. http://orangecounty.ysktoday.com/miller-former-detroit-quarterback- eric-hipple-not-afraid-to-talk-about-suicide-depression/

Eric Hipple speaks to a community at a Resilience Fair. http://www.army.mil/article/133375/Legendary_NFL_QB_brings_his_story_to_Resiliency_Fair/